The Faces Behind the Mics 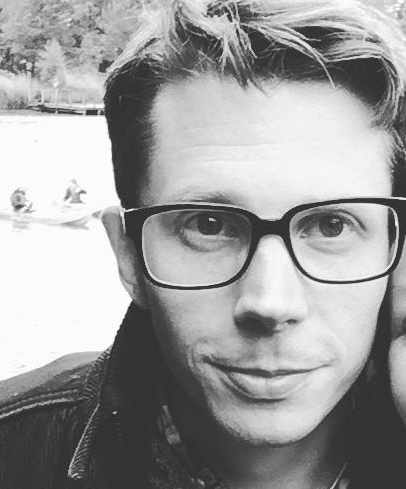 Joe Is How We Roll‘s Host, Game Master and Producer. He has been playing TTRPGs for almost 30 years; enjoying Dungeons & Dragons, Call of Cthulhu and many other games. He is a published author and has recently won an ENnie for his work on Stygian Fox’s Fear’s Sharp Little Needles and his scenario, “The Idol of Thoth”, was the first Call of Cthulhu Scenario to reach Gold in Chaosium’s Miskatonic Repository .

Eoghan is an Irishman born and raised. He grew up a video game nerd on the west of Ireland. Eoghan didn’t get in to TTRPGs until his late 20s, when he moved to Manchester. Here he met Joe, who invited him to his first RPG session, where they also met Dave for the first time. Immediately there was a connection between the trio and the rest is history. Eoghan’s Roles include: Murk the Tortle Bard ( Podcasts of Avernus); Saff Thorngage, the Rogue (Curse of Strahd), and the Reverend John B Royce (Call of Cthulhu)

Hey I’m Niall! I’m the other Irish member of the How We Roll crew, although I’m currently residing in Canada.

I’ve been into most nerdy pastimes for as long as I can remember, from reading to gaming to Warhammer to chess, but it took me a long time to actually end up getting into D&D! My introduction to TTRPGs was about 6 years ago, when I was living in Portugal, and Eoghan invited me to join a game of D&D via roll20 with some of his friends. The DM was some guy called Joe Trier. I guess you could say that it left a good impression on me. I went on to listen to these guys start a podcast called How We Roll shortly after that, which I was a big fan of! I joined the podcast roughly a year later, after I was invited to join the first D&D campaign that Joe put together! It was a blast, and 4 years later I’m still here, working through WoTC’s Curse of Strahd campaign, with a sprinkle of Call of Cthulhu along the way!

Player
Kuran is a London-based up-and-coming filmmaker who enjoys playing TTRPG’s and putting on questionable accents. Although generally a happy person he isn’t smiling in this photo because 2020. 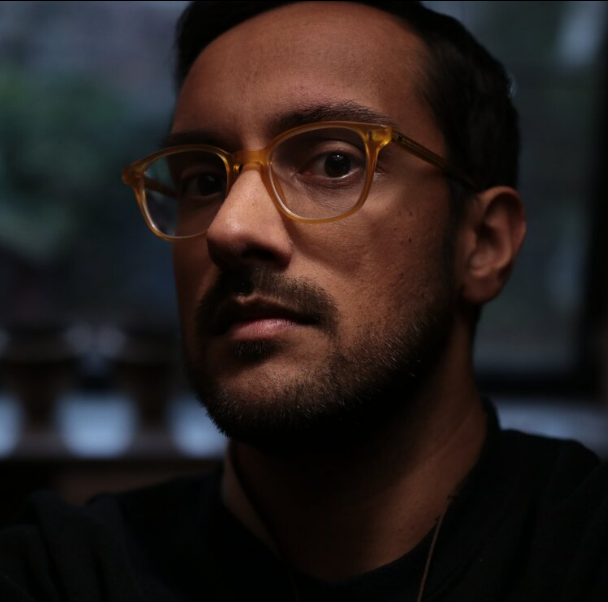 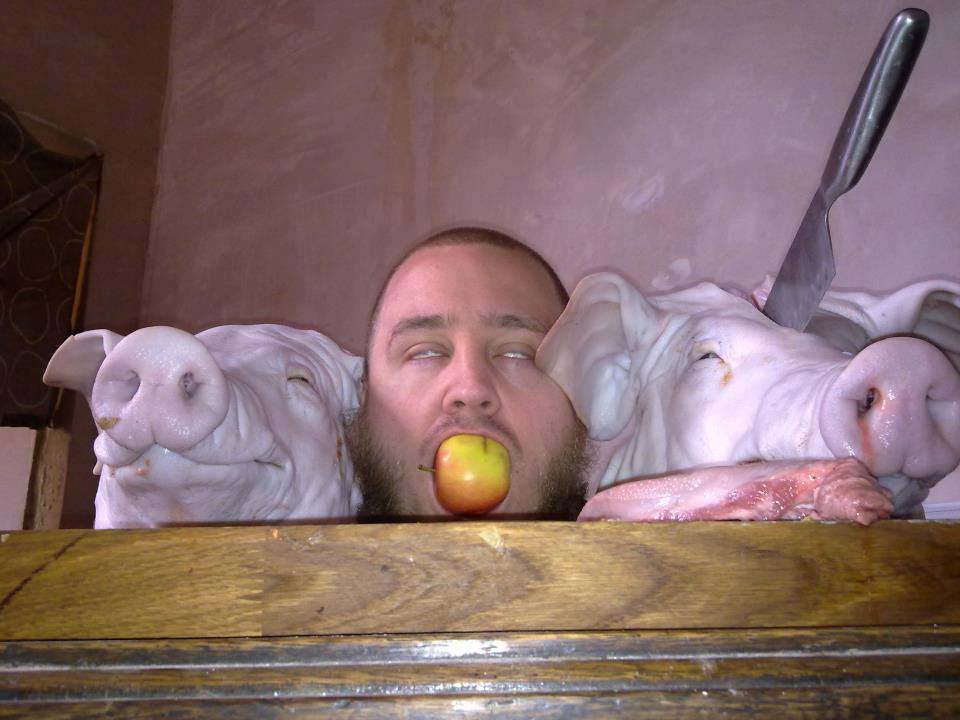 Hello may name is Bart, errrr Fin, no damn it, Dave; my name is Dave. I’m the yank of the original crew, though I barely qualify because I’ve lived most of my life in Europe.

I moved to the UK about fourteen years ago for a gap year, and well, met a girl and stayed. I’m a father of one wonderful intelligent daughter who is now two (pity me all who know what that means). I met Joe and Eoghan at a D&D night setup by another friend of ours and soon after we started a gaming group and quickly became fast friends. On a night out Eoghan pipes up that he listens to a lot of podcasts and that he thought we were just as good as any of them (he was quite drunk) and that we should start a podcast of our own and we all agreed (we were quite drunk); just in case you were wondering there had been much drinking. Never the less we did start a podcast and have been together ever since.

In that time I’ve had the pleasure of hosting many alternate personalities in my brain for the pleasure of our fans and have really fallen in love with the both RPGs and the Improvisational theatre element which is so much a part of How We Roll. That and the fans that keep me going through it all and I love and appreciate the support they give us more than I can say.

Camille is an avid tabletop gamer who first forayed into the TTRPG podcast world as a player in the horror dungeons & dragons podcast Demipia: The Third Age. After meeting Joe from How We Roll for a one-shot Call of Cthulhu game at the London-based convention Dragonmeet, she got hooked on the CoC system and is very happy to be playing the dashing Jane Fairwell in How We Roll’s Two Headed Serpent campaign. Camille also loves playing games of Blades in the Dark, Fiasco, and Betrayal at House on the Hill. She also writes/performs poetry, plays the piano and ukulele, and does a range of voluntary political and activism work in her spare time. 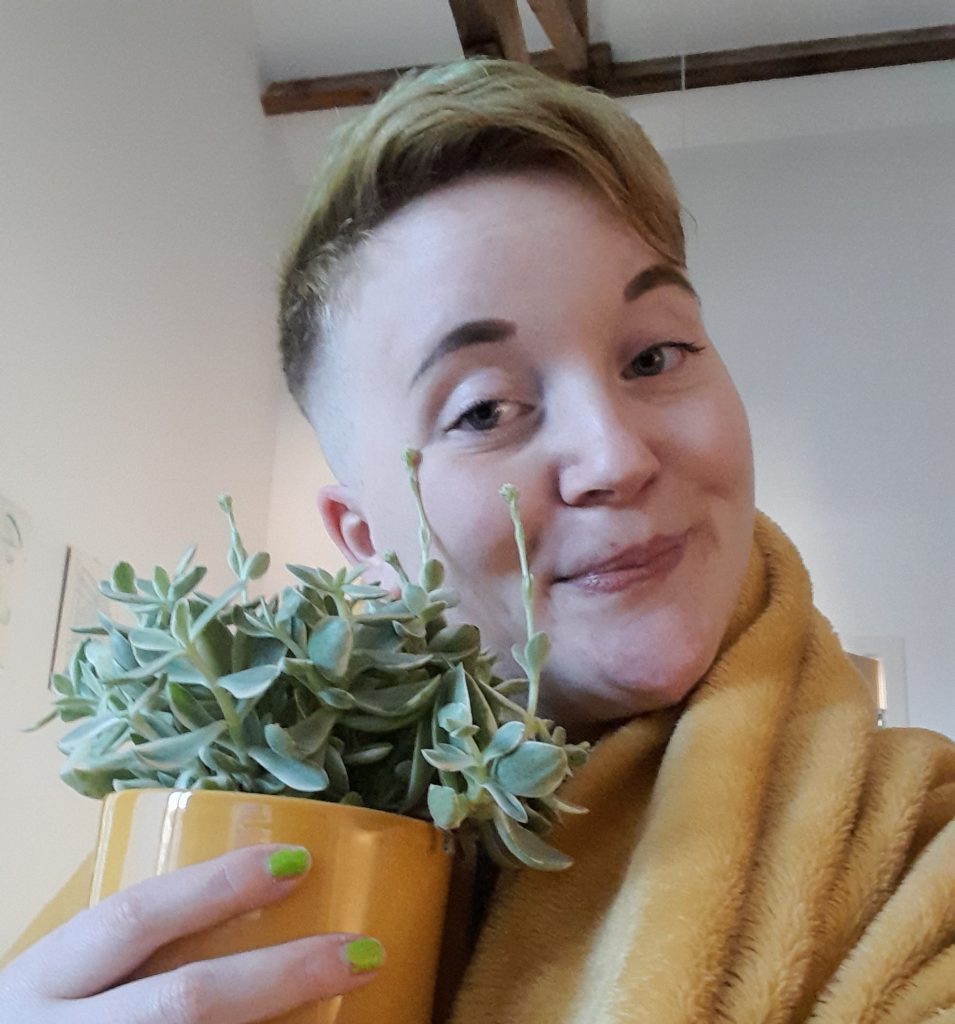 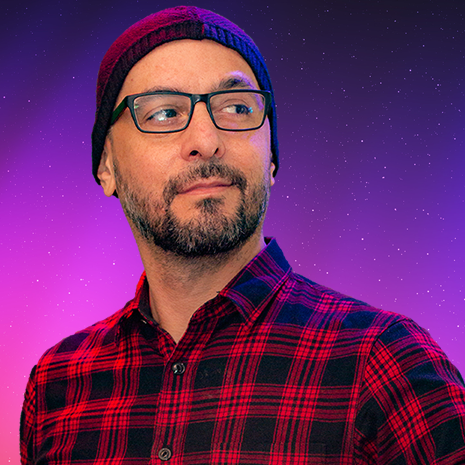 Aram is the producer and creator of the Godsfall campaign setting. He has been in several campaigns, including Curse of Strahd, Heroes Next Door, Film Reroll, and Dice, Camera, Action!

Scott is a writer, editor and podcaster who has worked on products for Call of Cthulhu, Trail of Cthulhu, Cthulhu Dark, and a few games that don’t have “Cthulhu” in their names.

Along with his friends Paul Fricker and Matt Sanderson, Scott is one of the hosts of The Good Friends of Jackson Elias, a podcast about Call of Cthulhu, horror films, weird fiction, and all the other things that go into creating this stuff.

Scott lives in Milton Keynes, surrounded by cats, unstable piles of books, and overdue work. He has been told too many times that he sounds like Winnie-the-Pooh, to which he can only reply, “Oh, bother.” 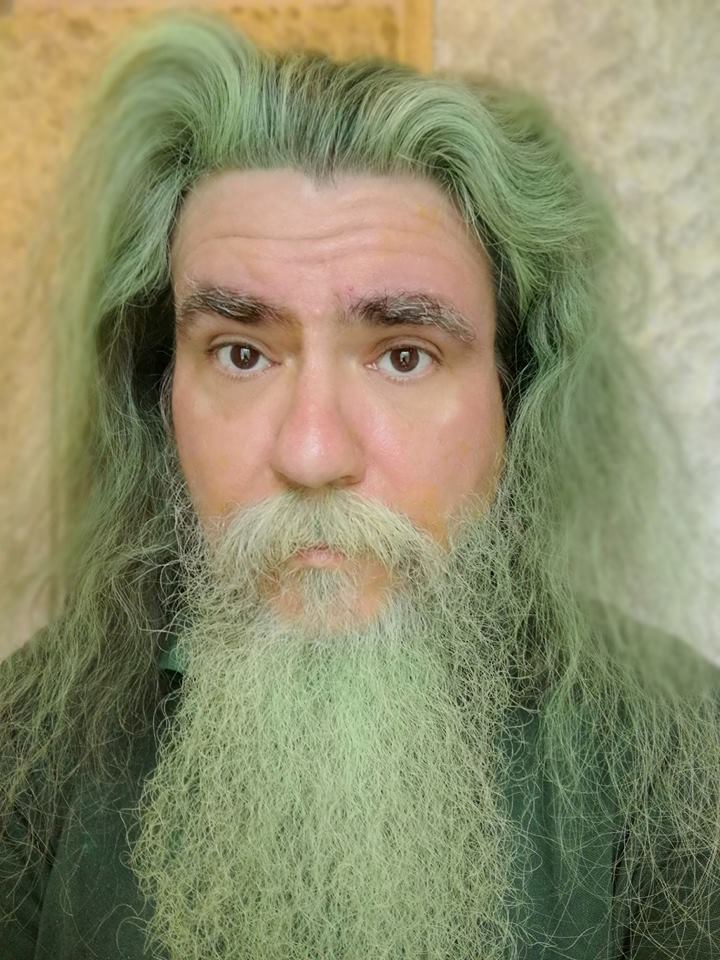 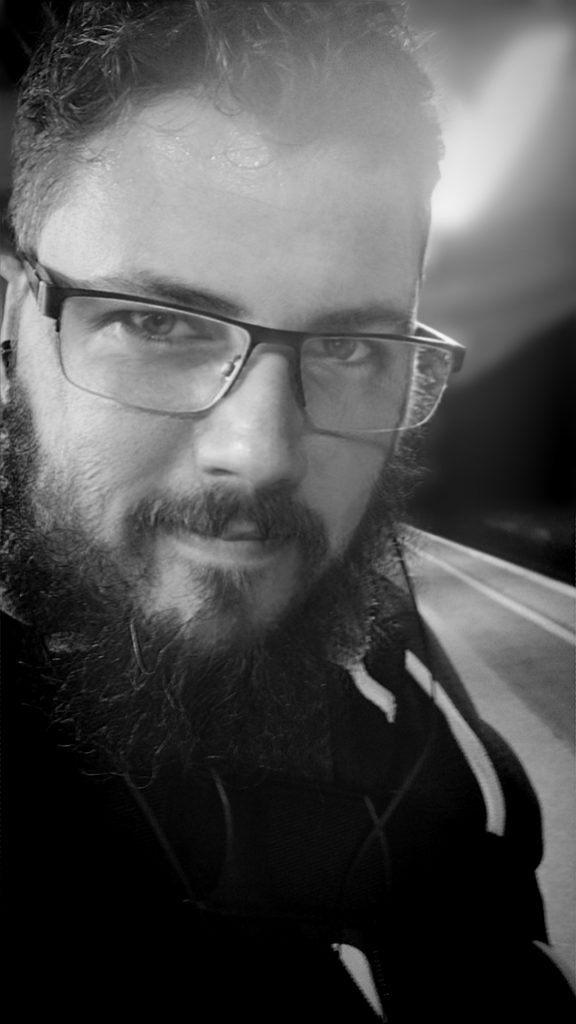 Aaron hails from the county of Kent in South East England, speaking with a Estuary accent he is always happy to play and learn as he is a relatively new player to Call of Cthulhu and D&D in general and hasn’t got many games under his belt but always enjoys his outings (and fights) never one to shy away from trying his hand at roleplay and is trying to get more comfortable with it. Which he hopefully is since he has been with HWR from the start. After playing many online games of League of Legends with other members of the crew he was invited into something which he never knew would go so far.

Aaron always is playing with voices in his range and plays with character ideas to suit. Always ready to bring out old favourite Spencer Randall at any time.

Player
Liisa Lee is an actor, singer, dancer, voice actor, published game writer and PR Marketing producer. Her career spans broadway national tours, theatre, film, tv, modeling, commercials, stunts, rock bands in LA & NY, and voiceover. She trained with the Royal Ballet of london, Joffrey Ballet, Alvin Ailey and was an apprentice with the American Dance Machine, as well as an alum of the Beverly Hills Playhouse. Her favorite vocal achievement to date is singing with the Tim McGraw & The Dance Hall Doctors at the Millenium Blast.
Currently you can face off with her villain voices in Devil May Cry 5, as Death Scissors, Famine, Eve and Biker baddies in God’s Trigger, and Lola plus several NPCs in Dying Light 2. A current series project is still under wraps.
As a bonified DnD nerd, Her RPG nerd cred includes:
– Arabelle on Dice Camera Action (An epic death!)
– Bonnie the Barmaid on Off The Table at SoMEDnD 2018
Viessa on How We Roll’s Curse of Strahd
Camilla on How We Roll’s Two Headed Serpent campaign
A guest on Detention and Threadbare on The RPG Academy
– Violette Vale in Blades in the Dark
– She’s written for Text Based MUDs: Dragon Realms and Fantasy University.
She’s curently writing a book and working on a music recording project. 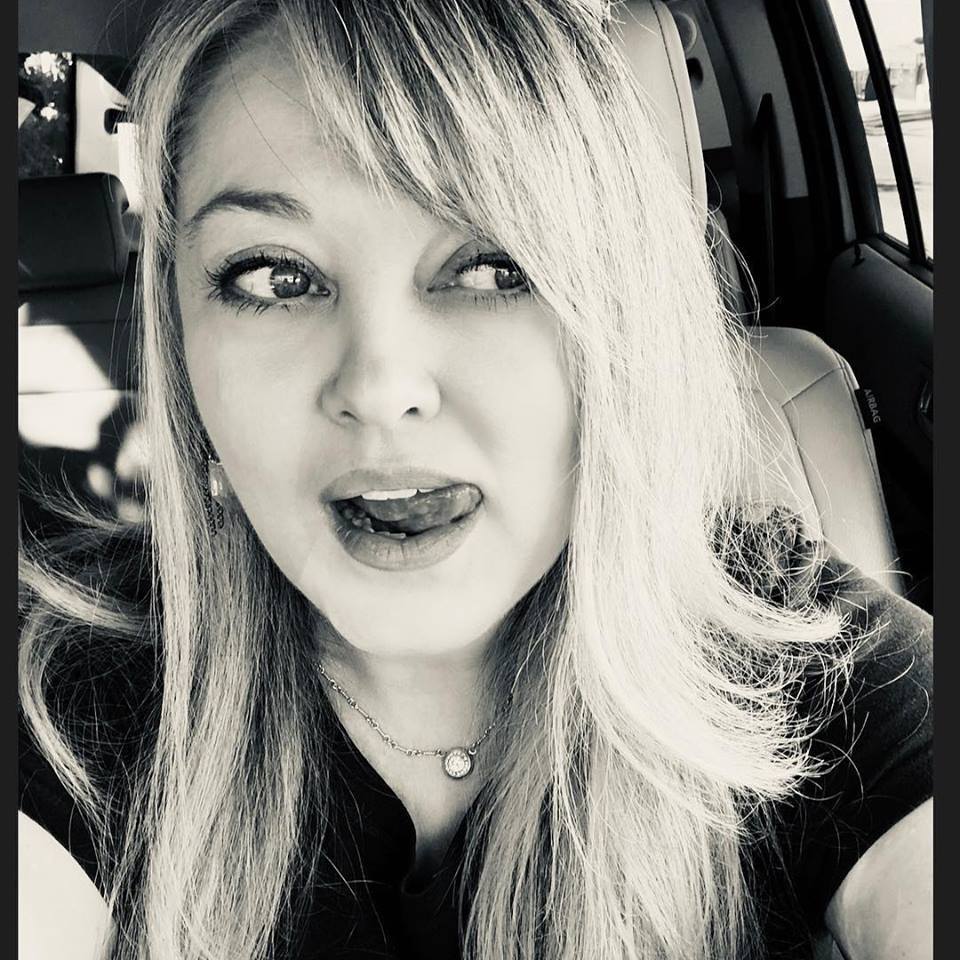 Hello and welcome! HowWeRoll Podcast is a UK and Ireland based Actual Play Show, focusing on Dungeons and Dragons 5e and Call of Cthulhu 7e. We have been going for a while now, so there is a ton of content for you to enjoy, but if you are unsure where to start, we recommend you check out:

We’re available on iTunes and most places you can download podcasts!

We’re a team of dedicated Podcasters who work hard to provide you great episodes on a weekly basis. Our main campaigns focus around Call of Cthulhu 7e and Dungeons and Dragons 5e, but we’re always interested in trying new games!