The Two-Headed Serpent is an action-packed, globe-spanning, and high-octane campaign set in the 1930s for Pulp Cthulhu. The heroes face the sinister conspiracies of an ancient race of monsters hell-bent on taking back a world that was once theirs.

Working for Caduceus, a medical aid organization, the heroes will loot a lost temple in the forests of Bolivia, go head-to-head with the Mafia in New York City, face a deadly epidemic in the jungles of North Borneo, uncover the workings of a strange cult in dust-bowl-era Oklahoma, infiltrate enemy territory inside an awakening volcano in Iceland, face the horrors of hideous medical experiments in the Congo, race to control an ancient and powerful artifact on the streets of Calcutta, and ultimately travel to a lost continent for a desperate battle to save humanity from enslavement or annihilation!

Listen to this epic adventure with Scott Dorward, one of the campaign’s writer’s as GM.

EPISODE SUMMARY 025 – Everybody Roll for Sanity – In this week’s Pulp Adventure our heroes finally track down Shapiro to an isolated cave in the middle of the jungle. What horrors await them inside? Sponsored by Dungeonfog and featuring a gold chest from Idlechampions EPISODE NOTES SHOW NOTESWith huge thanks toBattle bards.comSyrinscapeKevin MaCleod at...

END_OF_DOCUMENT_TOKEN_TO_BE_REPLACED

EPISODE SUMMARY In the exciting penutimate episode, our heroes face off against ghouls in a race against time EPISODE NOTES SHOW NOTESWith huge thanks toBattle bards.comSyrinscapeKevin MaCleod at IncompetechFesliyanStudiosandPedar B HelandFor their excellent music and sfx Intro Theme Composed by Ninichi : ninichimusic.com Twitter : @ninichimusic You can find my new scenario “The Idol of...

END_OF_DOCUMENT_TOKEN_TO_BE_REPLACED

EPISODE SUMMARY An incurable disease, crumbing sanity, a ticking time bomb and a battle against terrible abominations from the realm of dreams make the the exciting finale of our North Boreno Chapter. Will our heroes save the world. More importantly, will Greg survive? EPISODE NOTES SHOW NOTESWith huge thanks toBattle bards.comSyrinscapeKevin MaCleod at IncompetechFesliyanStudiosandPedar B...

END_OF_DOCUMENT_TOKEN_TO_BE_REPLACED 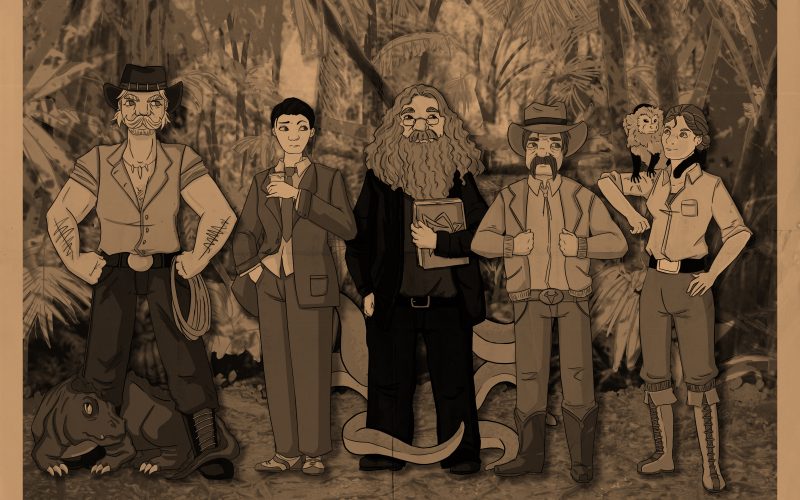